Outside the doors of the Visulite Theatre, all was quiet. You would have had little to suspect was going on inside, but the marquee above the doors read, in all capitals, “YO MAMA’S BIG FAT BOOTY BAND,” and anyone who knew the Asheville funk sextet knew that the quiet wouldn’t last for long. 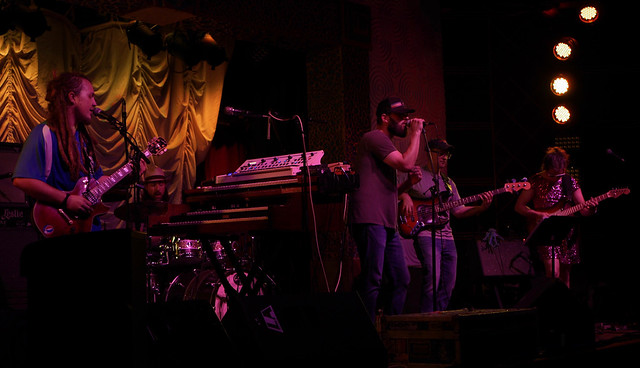 In fact, it was broken soon after doors opened. The LOZ Band, short for “Lionz of Zion,” took the stage to provide their self-described “stoner pop” to the Charlotte audience here for dancing and jamming. 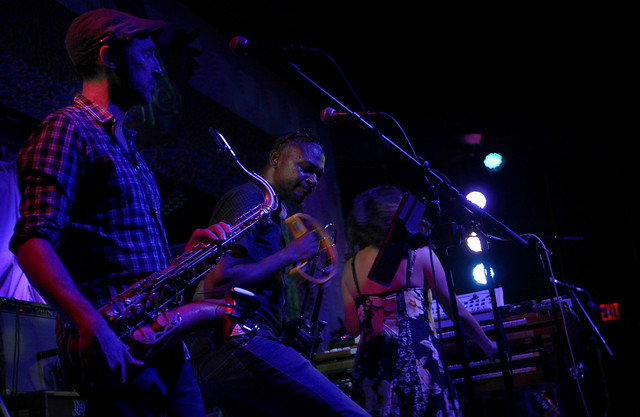 Based in Greenville, SC, the five-piece jam group, influenced by funk, rock, and reggae, only started releasing music a few years ago, but showcase a confident attention to driving rhythms and grooves. The LOZ Band enticed couples to dance on the lowered Visulite floor. 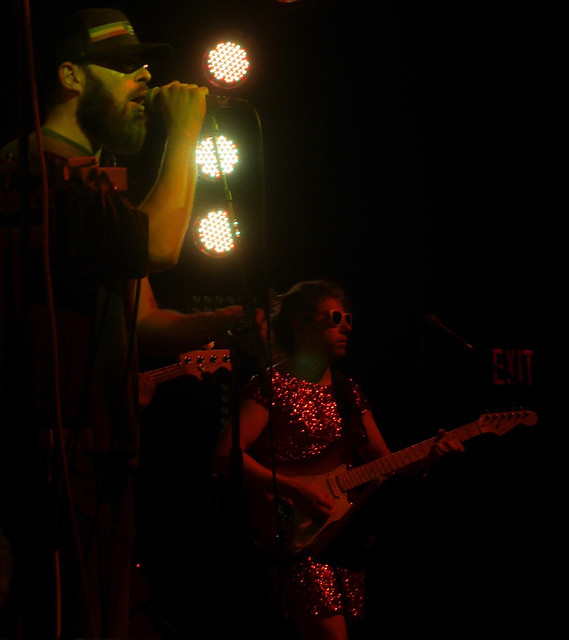 The band’s driving instrumental rock was accented by soul sensibility when vocals were involved. This was highlighted with a reggae cover of “I Believe I Can Fly” that led into an electric guitar version of the theme song to The Office.

To end their set, The LOZ Band showcased their capacity for fusion. In their last song, “Become Alive,” three slamming chords backed by a cymbal crash and tom hits led into a reggae verse. The rhythm accented the vocals, the guitar moved from rock and roll to reggae, and the audience moved to the dance floor. All the pieces fit together, and the groove was in the room. 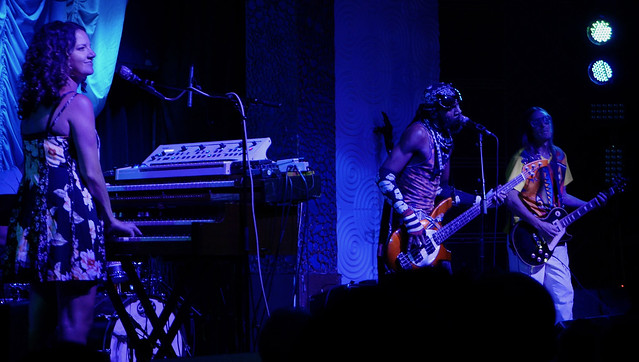 By the time Yo Mama’s Big Fat Booty Band arranged themselves onstage, the dance floor was completely full. The 15-year-old Asheville band must have known they were playing for a hometown crowd, as they opened with a song whose refrain cried for North Carolina to get funky. A little way into the track, trombonist Derrick Johnson zig-zagged to center and put his foot on the edge of the stage, playing out into the layers of the Visulite. The crowd’s response was ecstatic. 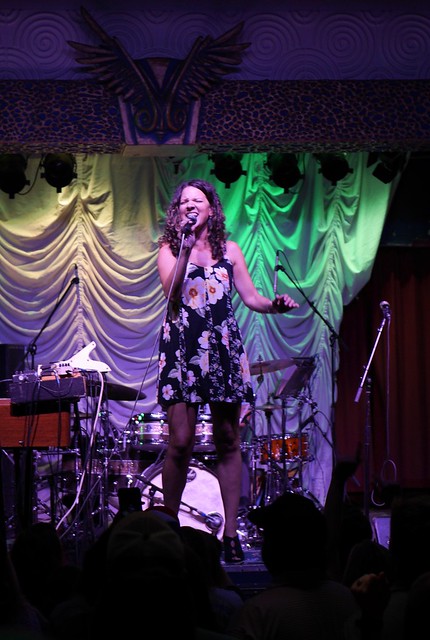 The band, like The LOZ Band, moved between instrumentals and vocal-driven songs, jamming on tracks like “Quick E” from their most recent album, Funk Life. The stage was set up so that horns were on the left (Johnson on trombone and Greg Hollowell on sax), strings right (bassist Johnny Inman and guitarist JP Miller), and in the middle on vocals and keys was Mary Frances, flanked by Lee Allen on drums. Inman riled up the crowd, and as trombone, guitar, and keyboard solos worked their way into the jam, more people moved from the bar and tables down the steps to crowd closer to the band. 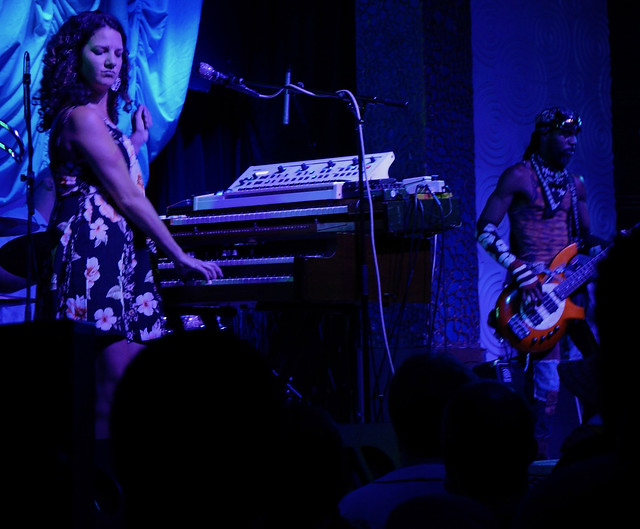 At the start of one song, someone in the front row held out a long “woo.” This was, indeed, the place for top-notch wooing.

This was a hometown crowd. When “24/7,” the first Funk Life single, began and Frances indicated for the audience to do a call and response, they obliged immediately. To begin the verse, Frances stepped out from behind her keyboard, planted her feet center stage and threw an arm up in the air. The energy backed with a beat. The people were here to dance, and the band operated as their conductors of funk.

See full gallery of the night