The heat didn’t stop people from coming out to the Fillmore Charlotte this past weekend to catch not one, but two magnificent performances. As the blistering July sun began to set and the chandelier-lit room grew dim, Tycho lit up the stage and filled the air with their chill, ambient waves, making the audience forget all about the torturous temperatures we had just endured outdoors. Shoutout to the Fillmore for blasting the A/C as well, y’all the real heroes. 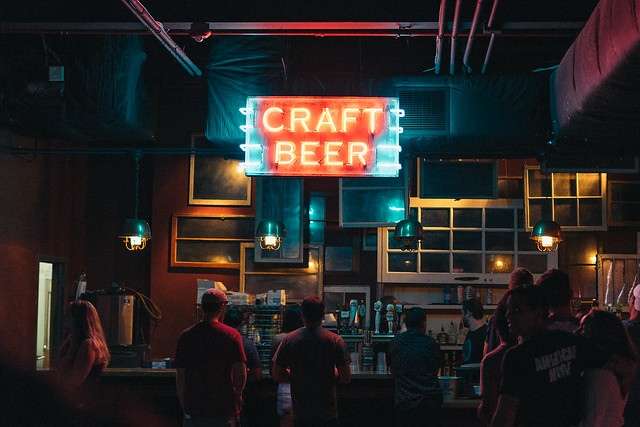 Tycho, the once electronic experiment led by Scott Hansen, has successfully grown into a live band with an audio and visual experience that has fans traveling all over to see. Hansen, wearing all white, calmly manned his synth station with his eyes often closed as he produced some very laid back vibes, while drummer Rory O’Connor, proved to be an absolute beast behind his drums. 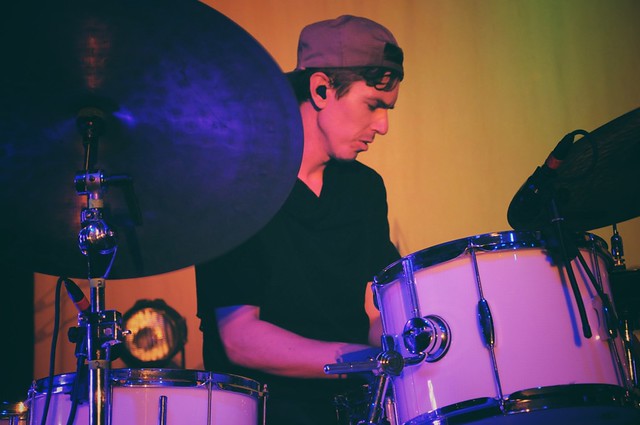 The band was accompanied by visual displays that were not only pleasing to the eyes, but also compelled the audience to contemplate the meaning of what was being shown while they were performing. Hansen is also known for his visual art and design work under the name ISO50, so naturally the visuals were sure to be spectacular.  The group played several tracks from their latest album Epoch, along with older favorites such as “A Walk” and “Hours.” 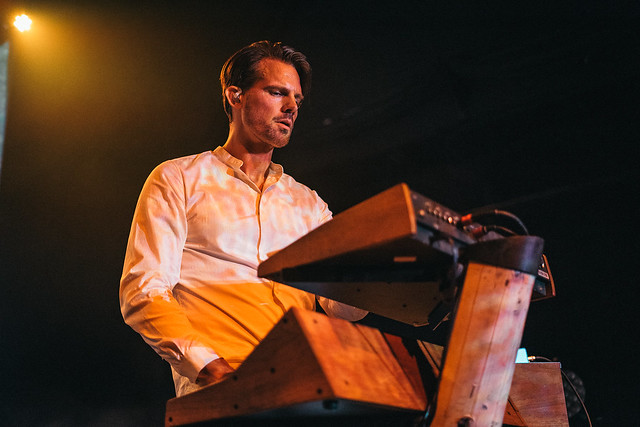 One thing their live performance revealed is that while they are beautifully composed, the band’s albums do not truly reflect the technical skill that goes into each and every song. 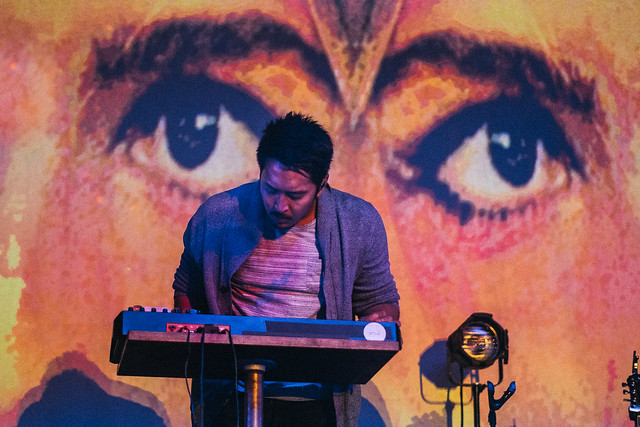 After Tycho cooled us down and mellowed things out, it was time to heat things up again. Less than a year after they last visited the Queen City (October 2016), Phantogram took the Fillmore’s stage again, making this the duo’s third time playing the venue. Lead lady Sarah Barthel was looking fly as usual – also dressed in all white, complete with a sexy black mesh/leather jacket, high-heeled boots and gold jewelry, of course. I try to remain somewhat impartial when it comes to writing about these two, but homegirl’s got style! Then there’s frontman Josh Carter. Whether he’s trading off vocals or laying down sick guitar riffs, Carter is always the perfect complement to Barthel’s stage presence. The long-time friends have such great energy that is sure to get the crowd pumped. 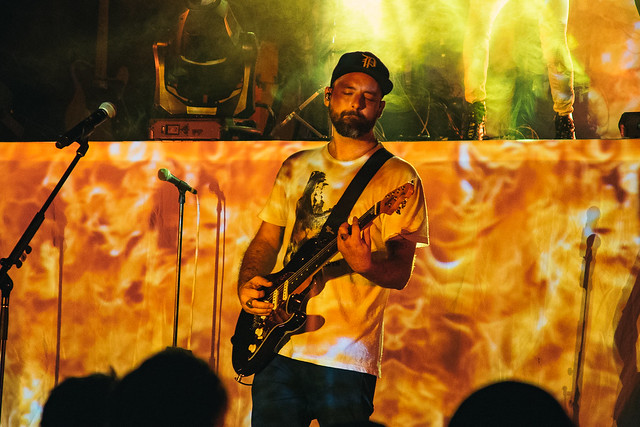 Backed by keyboardist/guitarist Nicholas Shelestak and drummer Chris Carhart, the group kicked off their set with songs “You’re Mine” and “Same Old Blues” off of their most recent album Three, followed by crowd favorite “Black Out Days” from 2014’s Voices. While the set mostly consisted of newer tracks, the duo revisited enough older hits to keep us long time fans content, including a couple from 2011’s Eyelid Movies. With a name like “Phantogram” (meaning a form of optical illusion), visuals are certainly not an afterthought for these two, giving us a psychedelic experience complete with smoke machines, projections and stunning strobes that pair wonderfully with their sound. 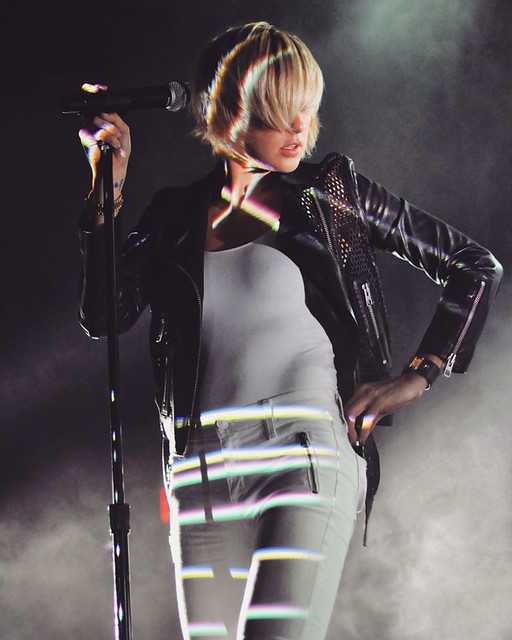 Towards the end of the night, Barthel addressed how a portion of the money from the show would go towards suicide prevention. Barthel’s older sister, who was also a close friend of Carter’s, sadly took her own life during the making of Three earlier last year. She emotionally stated that she just now feels that she can discuss the passing of her sister with their audiences. While the vibe of the show briefly took a bit of a dark turn with the mentioning of such a serious topic, the band still managed to end the night on a very positive note, closing out their set with their popular upbeat hit “You Don’t Get Me High Anymore.” 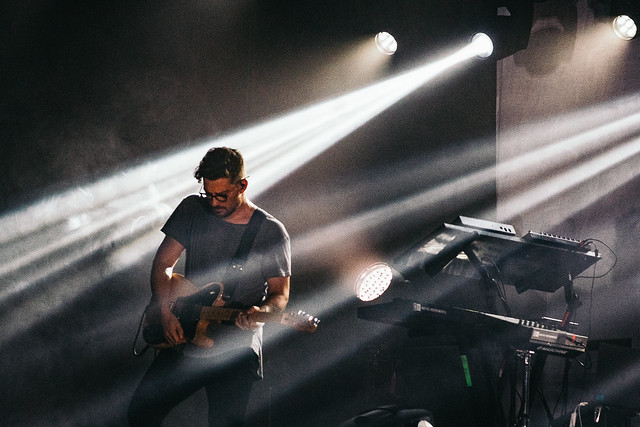 Phantogram donated one dollar of every ticket purchase for the show to The American Foundation for Suicide Prevention as part of their efforts to continue raising awareness for mental health issues. 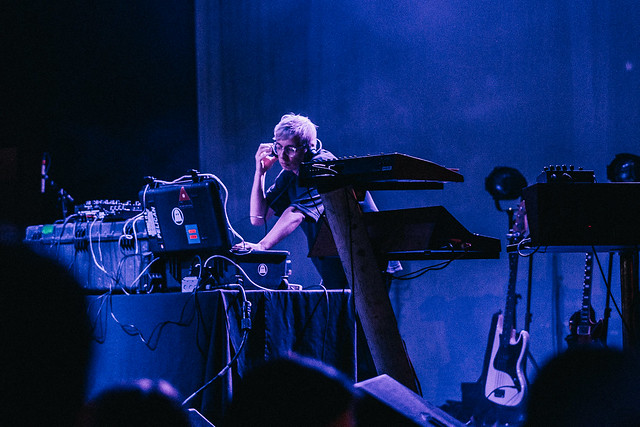 Brooklyn DJ Heathered Pearls warmed up the crowd in support of the tour.

Check out setlists and remaining tour dates below: 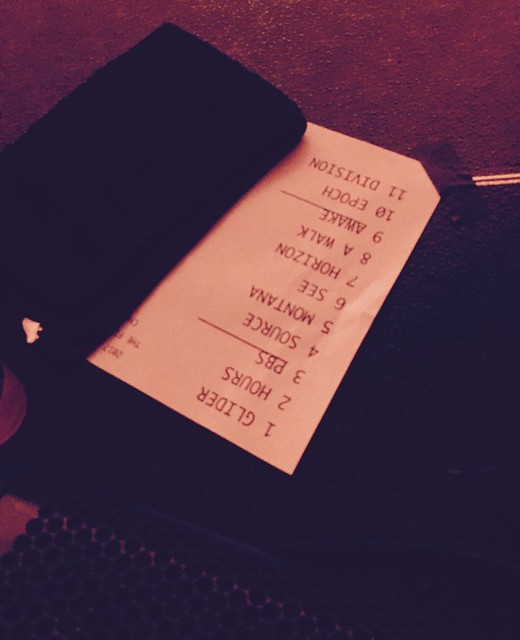 Destroyer
Cruel World
You Don’t Get Me High Anymore