In memorandum of a voice of a generation

Opening up the internet to find TMZ breaking the news of one of the founders of an entire genre having taken his own life seems surreal, overwhelming, depressing, and laced with too many emotions to explain. Then come all the questions: was it drugs? Was it recent events? A mental illness rearing its ugly head, coinciding with his friend’s birthday who died in the same manner just months before? Next are the questions that come after the dust has settled: will you ever be able to listen to some of your favorite music-defining albums again without experiencing a calamity of expressions that are hard to fathom and even harder to justify? Where do we begin?

I feel the light betray me“ 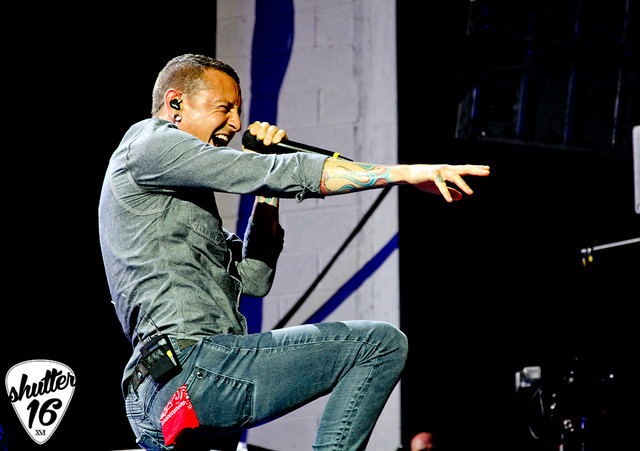 As if you even need an introduction, Chester Bennington, the Nu-metal prince of all princes, a man of many talents, was the vocalist for Linkin Park for nearly two decades. We all know Bennington as a vocalist. However, Bennington also shared his amazing vocals with Dead by Sunrise, founded in 2005, and Stone Temple Pilots from 2013 to 2015. In between his affluent career as a leader of the pack, no matter what troop he hooked up with, he had a charity, six children, mentored more musicians than can be counted on your hands and feet, and, most importantly, touched the lives of so many that were locked within their emotions. His lyrics, vocals, and sheer raw emotion in the music gave angsty teens and early 20-somethings learning to navigate life a voice to scream to the music, to let it pierce their hearts, blow out their chests, and help them fight the darkest of demons. He slayed so many darkest of emotions for so many people and in this end – he left no armor for himself.

“I had to fall to lose it all, but in the end it doesn’t even matter.”

Comments of “He was so happy,” “I can’t believe he would do that to his family,” and “RIP Chester” flooded everyone’s feed, plaguing us all with a tidal wave of emotions. Over the past few years, too many musicians have taken their own lives, and it only brings a thought or two to my mind. Yes they are famous, and yes, they probably have more money in their bank account then we would make in a lifetime. But those musicians we idolize and cherish are human. HUMAN. They have feelings, and stress about a lot of the same things we do. We may not see it, or have a clue what they are feeling or thinking, but they worry just like you and me.

Mental illness is never a joking matter. Individuals who suffer from the various strifes are not just trying to get attention or trying to make you feel sorry for them. We just need help. It doesn’t matter what tax bracket we fall into, the color of our skin, who we want to kiss, or even if we decide to eat meat. We are people and we all have feelings. Chester was human and suffered from depression, and it caught up with him. As we mourn his loss, it is imperative that we hug the ones we love close, play those old songs we haven’t listened to in ages, and most importantly let people know that there are options for help. Even more so, it’s crucial that we care about the words that leave our thoughts. Speak kindly and honestly, instead of hatefully.

Case and point: the press, and even a large handful of fans, have been harsh towards LP. One could say as of recently, but let’s be honest. This kind of hateful treatment would affect anyone, especially those known to be genuinely sensitive to these things, such as a soft spoken, emotive, artistic, and intuitive being like Chester. We’ve all read about the almost being booed off stage.

The teeny-tiny meltdown that was had telling fans to get the F over the old music? That bands evolve? Fighting with fans? It’s as if we turned on him, let him down. Being proud of a product that is met with such criticism can hurt even the most seasoned artists. The disappointing acceptance of One More Light, followed by low sales, only brought band morale down. His light was dimmed and now there was just not enough energy to brighten it again.

Crawling in my skin, these wounds they will not heal.

Fear is how I fall, confusing what is real.

There’s something inside me,  that pulls beneath the surface,

Consuming, confusing, This lack of self control I fear is never ending, controlling,

I can’t seem to find myself again “ 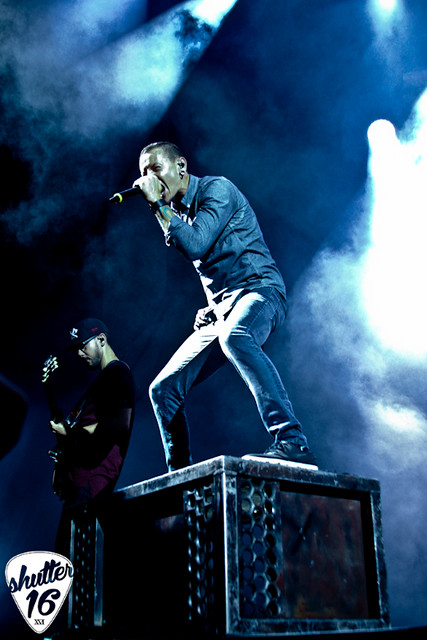 Combine the heaviness of depression and an unstable emotional clutch on Soundgarden’s Chris Cornell’s death, and you’ve got the perfect storm. Cornell was a close friend to Bennington, even deeming the Linkin Park singer as his son’s Godfather. Bennington’s last day was Cornell’s 53rd birthday, which is twisted and heartbreaking all in the same; almost the same way Bennington’s cover of Cohen’s “Hallelujah” was heartbreakingly fitting at Cornell’s funeral.

We could speculate all day, start a tweet thread about the lack of authority mental health has, but in the end, we’ve got to take action. It’s time to take action. How many more times can we go through this before we step up? We certainly don’t have the answers, but the conversation was started a long time ago. Now, it’s time for action.

Suicide can be deemed a selfish act, a release, even a peaceful end to someone’s tormented life, but at the end of the day, all of it fucking hurts. That pain has been thrust in the spotlight in a variety of ways by a variety of people. Some are seeing red and resorting to negative outbursts while others are left speechless, with only a few words able to come out.

Brian “Head” Welsh of KORN, another influence in Nu-metal, deemed it necessary to label Bennington as a “coward,” though he claimed the statement came from a place of caring. Regardless, KORN dedicated a song to Bennington a few nights ago, easing the harsh words.

Though we all grieve in different ways, there will never be a wrong way. See how Bennington’s friends, tour family, and those inspired by him reached out:

Incubus dedicated “Wish You Were Here” to Chaz in Philly show night of his death:

— Lars Ulrich (@larsulrich) July 20, 2017   see the rest of the twitter world pouring out their hearts about Chaz.

There was a very touching interview he did a few weeks ago – where he described in detail how it felt to be depressed and only he could have articulated it in such a way.


(Starts around the 9 minute mark)

via – Vaccine for Future

President of Shutter 16, Dianna Augustine, penned a letter to Bennington, who she affectionately called Chaz. Dianna toured with various bands, festivals, and tours that included Linkin Park on and off for six years, and developed a backstage understanding and camaraderie that fueled this piece. Read her heartfelt, angry, loving letter below.

And I’ve stared at a blank canvas for hours trying to figure out a way to honor your memory and not leave the page full of expletives, heart emojis, and, most of all, the best advice you’ve ever given me, in shreds of barely legible etchings in my tour book: “Just be yourself and let your light shine. Move on from all that is forgettable, and grab on to all of your dreams, no matter what anyone tries to tell you is reachable or unreachable. You determine your path and from what I see – right this moment – is the realness that becomes futures built from the ground up. You deserve it, don’t forget that.”

Why did you not realize you deserved this?

It’s all too raw. I still haven’t slept, I’m numb.

The one song that sticks out most on the newest album is titled “Nobody Can Save Me.”

“I’m dancing with my demons, I’m hanging off the edge, Storm clouds gather beneath me.

And this is part of his final piece in the musical landscape of what was his life’s work. The foreshadowing is too much and while the night falls – one last sunset, one more before this sinks in and I know this is real.

Wanted this to be the best dedication, the best people would read, the most detailed piece on his art and life and then I realized this piece was taking a life of its own. A few of us collaborated and many of us around the office weeped in remembrance of an artist gone – way too soon. I toured with you over the years and the subject was so raw it hurt. Every single fucking word cut. The lyrics cut. The keyboard echoed in between riffs and it cut the fingertips to type the words of those whom we love being gone. Gone to circumstance even those with depression can’t understand fully.

I will never “know” why you decided everything was not worth fighting anymore. But what I do know, while you were here on this plain, you fought your heart out long enough to leave a legacy, to introduce hope, to give a voice to pain and give us a small escape during our days that others couldn’t tap into. It shows the realness of the torment – you can only identify with something so greatly if you have walked through that veil and come out on the other side. As the curtain closed on this beautiful life, another one opens, something passionate and close to his heart. Suicide awareness.

I”m angry, I’m hurt, I’m sad, I’m filled with love and gratitude. Thank you for sharing your art with us while you could, bringing joy and light in the darkest of times. I wish we could have done more for yourself, I’d have shared some of my armor you helped create. 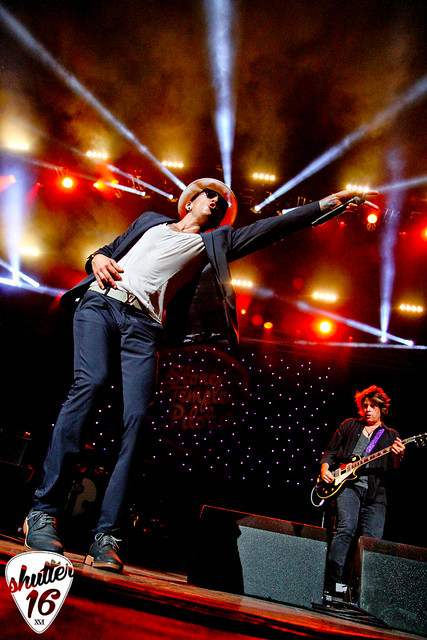 To honor his memory and those who came before him, please reach out when you feel that darkness coming to the forefront of your mind. Escape your repetition – the other voice telling you that you are not worth anything. Press start on your music player, pop on some Linkin Park, and scream some lyrics. Get lost in the music, and out of your head, and then call someone. The Suicide Hotline is open 24 hours a day.  The National Suicide Prevention Lifeline 1-800-273-TALK (8255) and more resources can be located at http://suicideprevention.wikia.com/wiki/USA.