My Name is Rain….. Charlotte style.

The other night we were drenched with sweat, rain, and rock and treated to a show with Primus and Clutch. The veteran bands came to party. We should be impartial and not even interject Shutter 16 if we were doing an impartial journalism piece – but this is Primus and freaking Clutch we are talking about, so sorry if we go fanboy/girl a little. Of course we were at this show and think you’re crazy to not experience this sometime in your life. As for us – any chance we get to hop in the photo pit or cut-a-rug with these gems in the industry we do it! 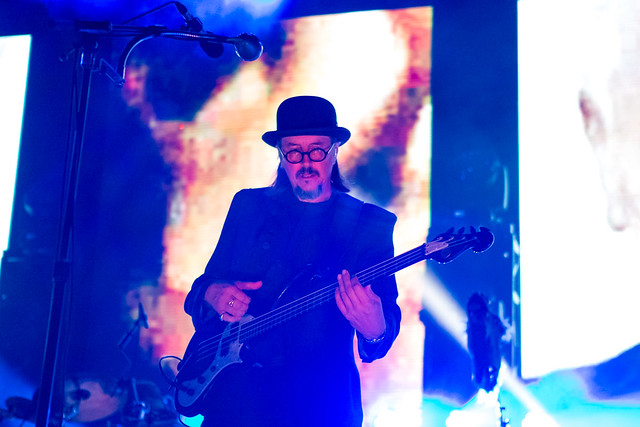 Before each set it got soggy; fans alike cuddled under some rain gears. Others wore the rain like a badge and twirled in their area Woohoo’ing and taking it all in. Cooling down in the summer with a little rain never hurt much of anything – as long as it’s not electrical that is. Rain gear is a must during our wet season — please dress accordingly. Lucky for our photographer it seemed each time we were set to get into the pit the rain died off and the show went on. 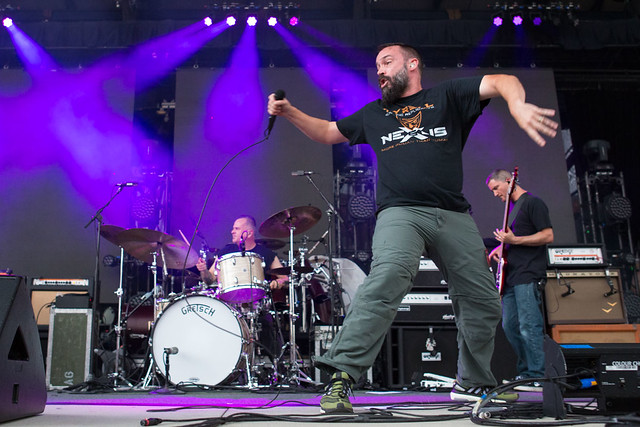 Up first was Clutch, who are out touring on their eleventh studio album Psychic Warfare – the epic album which tears you between old and new Clutch. Under another umbrella (pun most definitely intended), Clutch is also a rock band that is going to jump and scream all over the stage sweating and smiling, which would be much different than the later performance. Vocalist Neil Fallon is known for his boisterous energy and his sick vocals. There is always something to take away from Clutch’s performance but usually it’s a lot of raw rock and roll and a whole lot of sweat; he always has his deathclaw and eyes locked on one of you. 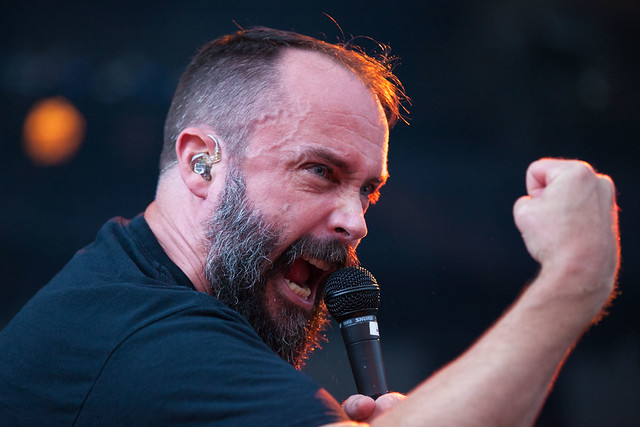 After you’ve been taken to adrenaline town with Clutch, you are left to gather yourself up a bit and get ready to go down the rabbit hole with none-other than Primus. The band became infamous back in the early 90s with staple hits “My Name is Mud,” and “Jerry Was a Race Car Driver.” Both of which were on the setlist. 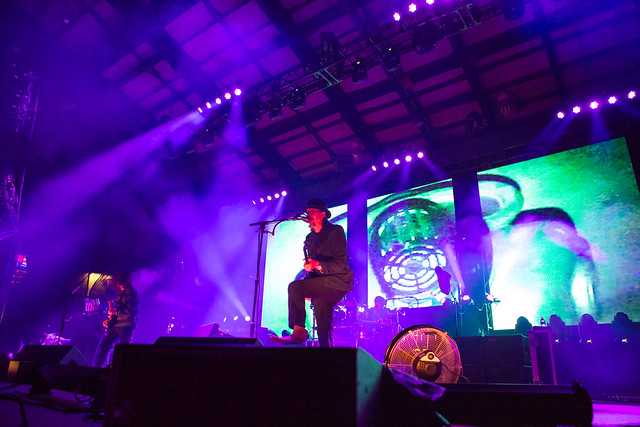 Now they are known for wacky stage lights – TV’s that run through distinct visuals and not running around on stage much. They let the music speak for itself. It’s a more laid back chill vibe when you listen to this music so you can expect this behind the mic. This tour they are playing a new song to give fans what they have been waiting for all of six years, “Seven.”  It’s circus like vibe stays in tune with what the band is known for with an updated sound.  The chords are a bit muted but spotlight Claypool’s distinctive playing. Which also teases that the next album will be out in a year’s time, marking the first full album in seven year. Sneaky sneaky.

While Claypool is also know to be one of the best bassists in the world, they are still touring due to his passion for the music world still. 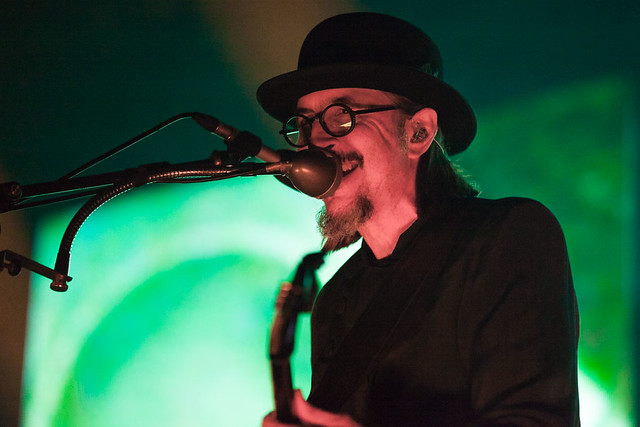 He lights up when he is playing for fans and fans just lose their minds when they get a chance to see this musical-mastermind strum the thick chords night-after-night. And just like that, another Primus show comes to an end with an encore of “Soundboard Pachyderm,” and a graceful bow. The rain and the band left the stage and left us awaiting their return to the Queen City again soon and next time with a new album to play!

[tz_plusgallery id=”41″]
See the full gallery of the night here.