PNC Music Pavilion has had their fair share of alt-rock, folk pop, and classic rock make its way through their stage as of later, which only means a good ol’ Country party is long overdue. Jason Aldean brought his They Don’t Know Tour to the Queen City, along with Kane Brown and Chris Young. What makes the tour special is that each artist, despite their annual income or resume of successes, brings their own unique brand of Country to the stage, allowing fans of all ages to experience a solid mix of old school Country and modern Country, with a little bit of pop for good measure. The They Don’t Know Tour is like nothing you’ve ever seen. 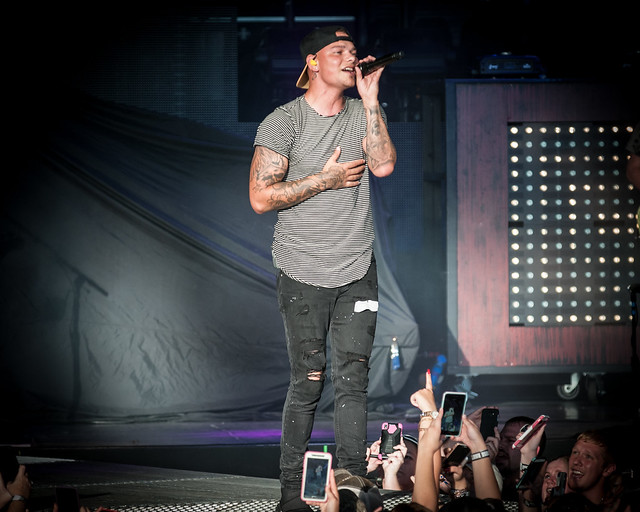 From the depths of Tennessee, up-and-coming Country star Kane Brown is making his rounds in front of hundreds of thousands of the modern country fandom. Brown is working hard to establish his skill set as a singer/songwriter while also benefiting from his social media following, and it sure has worked out thus far! 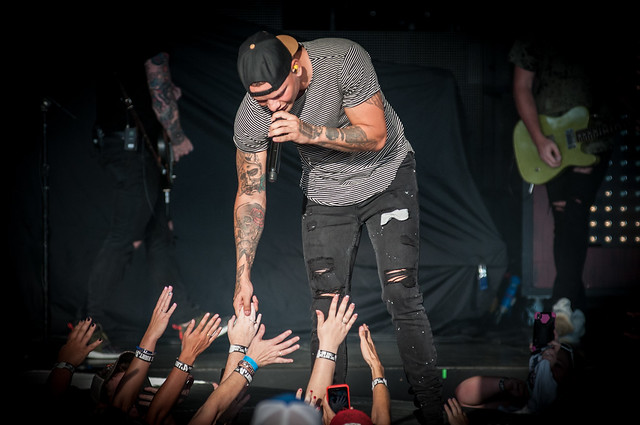 Before locking down an opening slot on the They Don’t Know Tour 2017, Brown has experienced his fair share success, more recently with a string of singles, meant to entertain us all as his album makes it way into the picture. Brown’s set included a mix of songs from his kickstarter-funded Closer EP, some scream-including covers, and those singles we talked about earlier. Keep an eye on Kane Brown as he brings those sultry vocals all over the US! 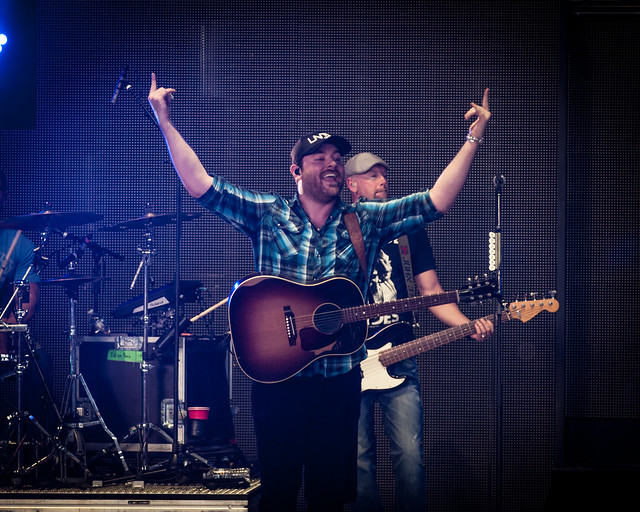 Next to take the stage was Nashville’s Chris Young, the 2006 Nashville Star champion. Though his competition days are behind him, Young is still working hard to present his best self to the world of Country music. Despite this goal, Young is in no rush to do so. In fact, his latest release “Losing Sleep” isn’t really attached to an album. 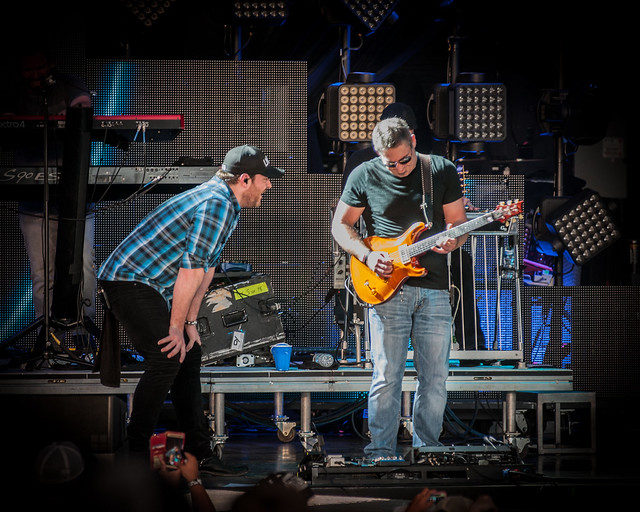 Though he’s said it belongs on his seventh album, there truly aren’t any details as to what or when we can expect anything. Regardless, his set in the Queen City was full of classic Young glamour as he walked onto stage through a video wall door, displaying that he does, in fact, belong on a large headlining tour. 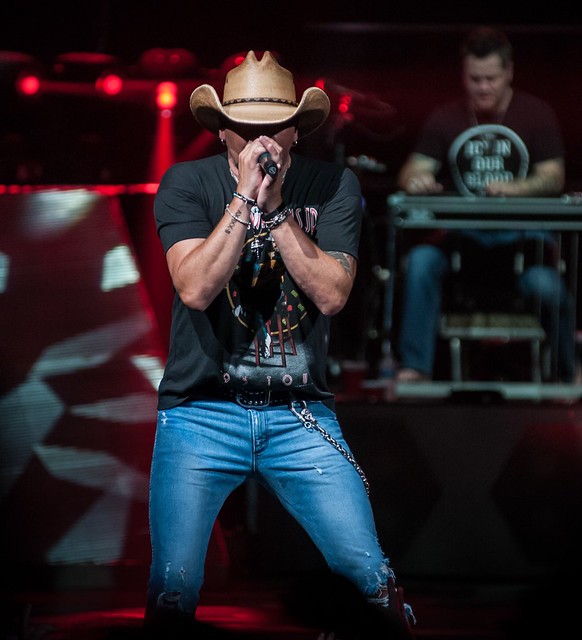 And finally, the moment the GA pit has been working hard for for hours. Jason Aldean took the stage shortly after Young’s set, creating a thunderous atmosphere of excitement, adrenaline, and tons of throaty screams. Set out to promote his latest release, They Don’t Know, Aldean has finally made his way to the Carolinas. As of last week, Aldean has reentered the part of the States where the phrase “Buck Commander” actually means something. His hunting company, co-owned with several Major League Baseball players and Willie Robertson of Duck Dynasty, is something of a legend in these parts, and there’s no doubt a good handful of the audience wore his apparel to show their support. 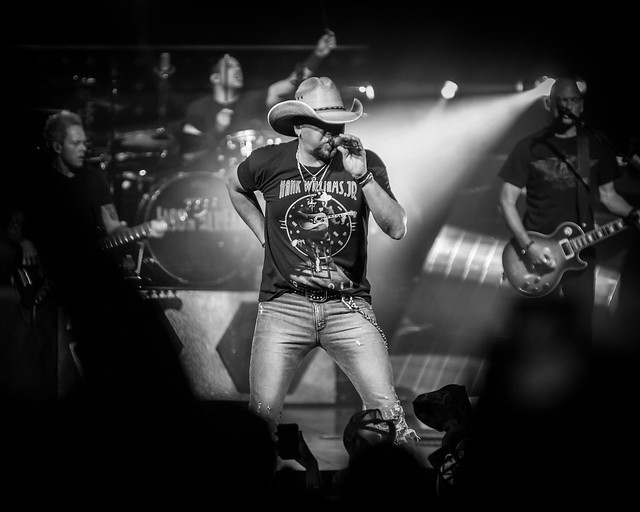 The two-time ACM Entertainer of the Year Award winner has, to date, sold 15 million albums, with 17 #1 songs under his belt. Those credentials alone are enough to draw in a big crowd, talent aside. Some of the songs that earned him those awards were performed in front of thousands of Charlotteans, as well as his cover of the Allman Brothers’ “Midnight Rider.”

The beautiful cover of a legend shed light on Aldean’s passion for music, but the party in him overtook the PNC Music Pavilion, which only further proved that “his concerts are more of a party with pyrotechnics,” rather than “just a regular concert,” according to fan Jayden Floyd. 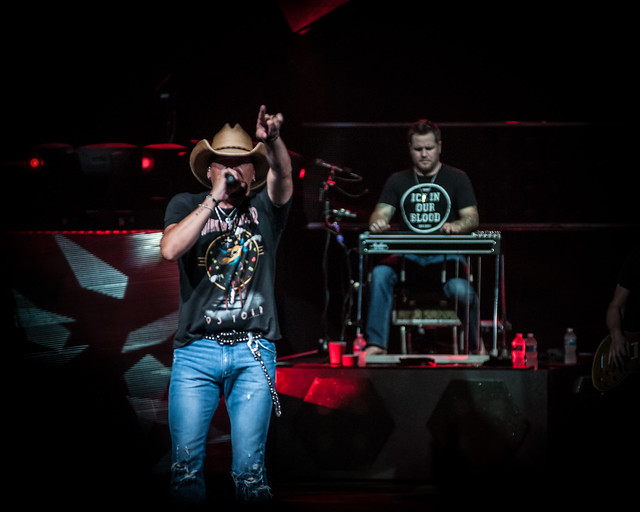 When fan-favorite “Any Ol’ Barstool” dropped, Prez Dianna presented it to the music world via New To The Airwaves, displaying how his “twitchy twangy sexy voice” just might never go out of style:

Country: old-school and done right. The new single by Aldean is about heartbreak, barstools, crazy exes, with killer guitar solo’s and a twitchy twangy sexy voice telling you how you think you might have broken this country boy, but you might be surprised. Surprised enough to know you drove him to write and produce an entire song about it. Best lyrics: “I guess you didn’t hurt me half as bad as you think you did. Ask any ol’ barstool in this town. Ask my new found party crowd. Sure I take more jack in my coke now. A little more high in my smoke now.” For country this is as good as it gets.

You can find They Don’t Know here, which is a great soundtrack for a gallery of the Charlotte show!