Incubus returned to the Carolinas after two long years, and all we can say is, “Finally!” Thankfully for us, and perhaps other alt-rock fans, they brought along emo gods Jimmy Eat World and up-and-comers Judah & the Lion to help them galavant across the country, promoting their latest album, 8. The three vastly different yet equally noteworthy bands took over Charlotte’s PNC music pavilion on July 11th. 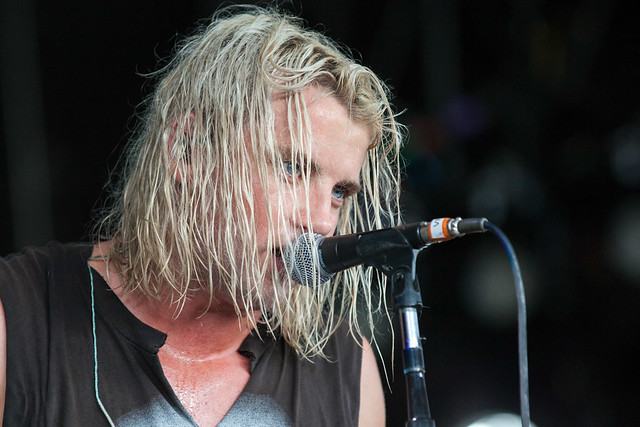 Taking on the opening slot was Nashville’s Judah & the Lion, who are known for putting on one hell of a show. The crowd that Incubus drew in didn’t seem to know who this folk pop band was, but Judah & co. had the tie-dye clad concert-goers swaying arms in no time.

Judah & the Lion walked on stage with conviction, unwavered by their task of winning over the outdoor arena. Sure steps brought them to their respective spots, and the subtle synth progression of their latest single “Suit And Jacket” filled the open air as the four piece settled, each with their own personal trademarks. Bleached hair, trucker hats, and metal-esque long hair defined Judah & the Lion as unpredictable, and their set solidified my earlier accusation of the band belonging on every bill. 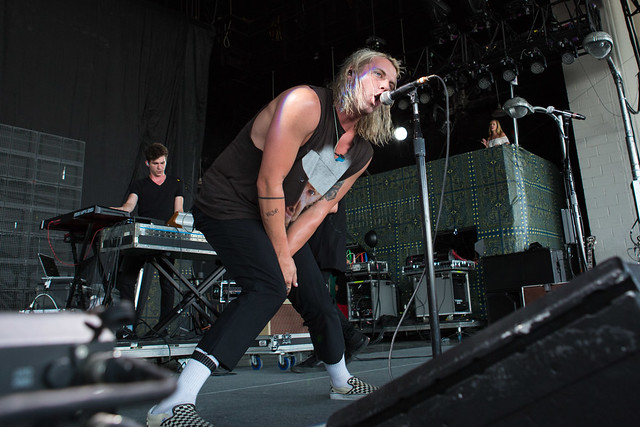 Sure, their music shatters the ceiling of what alt-rock is, and the spastic movements of frontman Judah Akers will hype up even the stiffest of audience members, but I can’t help but think that their legendary cover of T-Pain’s “Booty Wurk” has some sort of effect on the crowd’s love for the band. This icebreaker was performed early in the set, and if the hoots and hollers traveling from the pit all the way to the lawn were anything to go by, Charlotte loved Judah & the Lion as much as they loved us.

After throwing in “Reputation,” “Going to Mars,” and “Conversations,” as well as a noteworthy “Mir. Brightside” cover, Judah commented how much the guys love playing in North Carolina. The Tarheel State borders their home state of Tennessee, and the band played a ton of early shows in NC. Call it good ol’ nostalgia, but Judah & the Lion had us all in our feelings for a solid 45 minutes.

Their lead single off Folk Hop N Roll, “Take It All Back,” closed out the set and my heart broke a bit as they walked off stage. Are there such things are triple-headliner show? Who do I speak to about that? 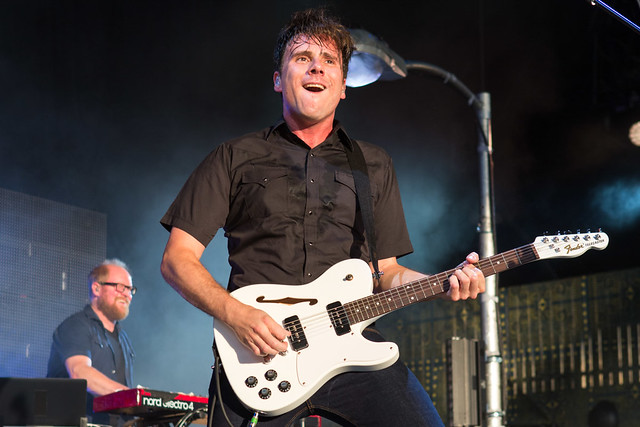 Fast forward 15 minutes and Jimmy Eat World took the stage as if they were coming home. Walking to their instruments with goofy smiles and buzzing with nervous energy, Jimmy Eat World brought the audience back from the lull of in-between and slid into their set with Integrity Blues’ “Sure And Certain.” 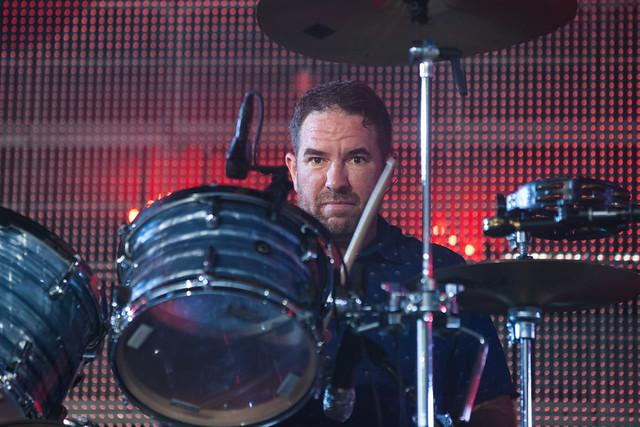 One can only wonder if the band attempted to coincide their setlist with the falling sun, because there was never a more perfect moment than watching the band perform “Hear You Me” as the sun set the clouds ablaze above us. Anyone else remember the iconic ending of A Cinderella Story as “Hear You Me” soundtracked Hilary Duff and Chad Michael Murray’s make-out scene?

Regardless of movie scores, the song brought out the emo in all of us, which was only doubled when I heard the opening riff in “Work.” We were ALL up in our feelings as frontman Jim Adkins’ commanded the audience to join in the “Sweetness” chants. That’s the moment I lost my voice, so screaming “The Middle” with a broken pipe was tough, but it happened! As mentioned in our preview, Jimmy Eat World was a band I thought I’d never catch live, and now here I am, happily exhausted and crossing their name off of my list. 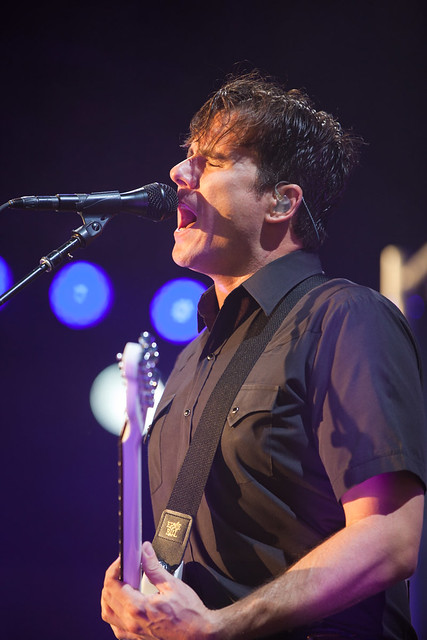 Emotional or not, the audience’s energy crowded the vibe of PNC; everyone was on edge as the crew broke down Jimmy Eat World’s stage and prepped for Incubus’ simply gorgeous setup. The efficiency of the crew on this tour were admirable, because the stages were torn down and put together as fast as I’ve ever seen it. The less time in between sets, the better! 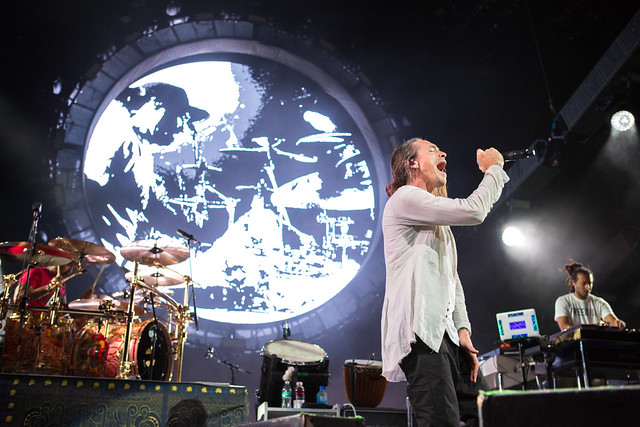 In what felt like minutes, computer data noises screeched through the PA system, and fans stood up so fast, I got knocked in the back of the head before I realized what was happening. A few rows in front of me was Charlotte’s youngest Incubus fan, clad in a tour shirt, messy braids, and the coolest parents on either side of her. All around me were the boisterous fans I’ve been waiting to find, people of all ages wiping the sweat from their forehead and screeching at ear-piercing decibels while Incubus strolled onto stage in comfortable clothes and friendly smirks.

The most noticeable part of their set was just how relaxed everyone on staged seemed. Frontman Brandon Boyd stood front and center, more focused on his vocals and phrases rather than interacting with the audience. The theme of the night seemed to be toned down, with soft lights, relaxed movements, and a set-list change up. “Love In The Time of Surveillance” soon turned into “Warming,” and next thing I know I’m hearing “The Warmth” for the very first time. In addition to these firsts, I watched a legend cover a legend. Incubus incorporated Pink Floyd’s “Wish You Were Here” at the end of their own song of the same name. Legends only.

https://www.facebook.com/plugins/video.php?href=https%3A%2F%2Fwww.facebook.com%2Faleshia.jenkins.75%2Fvideos%2F353894235029412%2F&show_text=0&width=560Incubus”Wish You Were Here” by AJ Photo Creatiions.Though relaxed, I couldn’t help but get lost in the plasma screen behind the band, indicative of a stargate and so very 90s-esque. On either side of the stage, the PNC screens displayed through circular lens’ shots of the band performing via another 90s-esque black and white filter. What they lacked in energy, they more than made up for performance quality and minute details.

I consistently found myself snapping out of my own daydream, only to realize that I had been lost in the music Incubus was playing. The lights tended to be white spotlights on each member, with some variation in choruses, and the energy on stage was lax, but I was captivated nonetheless by the display in front of me. Even after the show I am finding myself lost in thought about their set, especially when president and resident Incubus fan Dianna mentioned that the band played eight songs off of their eighth release, 8. Sneaky, sneaky. 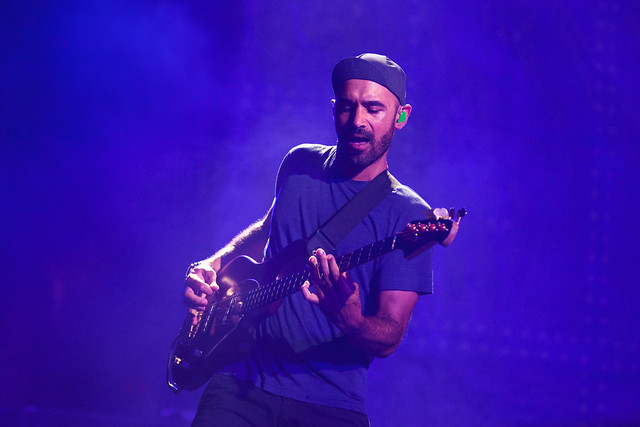 Closing out the night only brought the crowd even more into their feelings, but it’s hard to say that anyone was even a tiny bit upset about it. With “When I Became A Man” and “No Fun” closing out the 90 minute set, there was hardly a soul wandering around the venue to beat traffic. The encore came and went in true Incubus fashion as the frontman came into his own, quirky, unclothed self as he performed “Aqueous Transmission.” Shirtless and comfortable, Boyd gave into the dreams of the front row fans in his wake.

Incubus managed the grab us all and keep us in our seats because we could hardly stand to miss a second of the legendary show. Many a fan recognized how modern the setlist was as the band steered clear of many of their older tracks, though we can chalk it up to an attempt to draw in new fans. Incubus’ return to Charlotte was anything but boring, and it’s obvious why the Carolinas continue to demand their return. 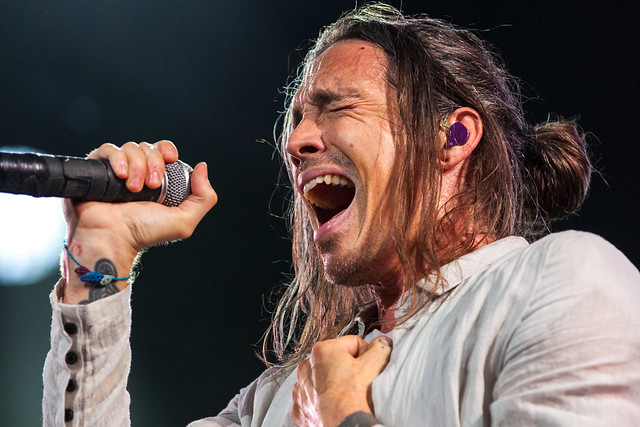 It’s easy for the sound in venues like PNC to get blown out, to seem unbearable and gritty. That wasn’t the case tonight, though I know many were anxious to use guitarist Mike Einziger’s program, MIXhalo, an iOS app that allows users to experience sound at shows with studio-quality. Founded with wife violinist Ann Marie Simpson, MIXhalo is seeking to gap the bridge between artist and audience. Einziger is attempting to create a more intimate experience at shows, whether the listener is a thousand feet away, or ten thousand. Read more about MIXhalo here!

A legendary bill, a handful of genres, and a wide array of instruments made up the night of July 11th, and Charlotte couldn’t have been more enthused. Judah & the Lion’s folk/pop/hip hop songs about going to Mars set the bar high for Jimmy Eat World’s return to the Queen City. The bar was easily matched and raised further, though who is surprised that Incubus shattered the dang thing? Whether you’re a new fan or a long-time listener, someone played something you liked. How the Queen City was blessed with such a tour, we’ll never know, but man, are we glad we were!

See full gallery of the night.