Continuing the Sounds of Summer Tour, Slightly Stoopid returned to North Carolina for the first time this year.  A summer staple, the band made its way back to Raleigh’s Red Hat Amphitheater for the fifth straight year. The amphitheater’s stage provides a spectacular setting for bands to view the Raleigh skyline as well as the shimmering tree wall. Throw in a packed crowd and beautiful weather to make for a perfect Thursday evening show. 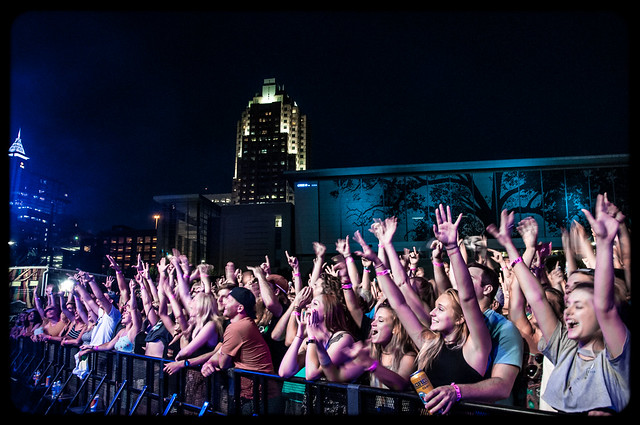 Each night, guitar tech Tye Zamora takes the stage to pump up the crowd and introduce the band. “Did you know that this was called the city of oak?  Well tonight it’s the city of toke!” Slightly Stoopid took the stage and continued on with a 27-song set spanning 20 years worth of music.

A common sighting at a Slightly Stoopid show (other than smoke clouds!) is the mid-song guitar swap between guitarists/bassists Kyle McDonald and Miles Doughty. During “Don’t Stop,” Doughty and McDonald seamlessly switched instruments mid-song.  Both also traded off vocal duties each song throughout the night.

A few tracks off the bands most recent release, 2015’s Meanwhile…Back at the Lab, including “The Prophet,” “Fades Away,” “Hold it Down,” and “Come Around,” would make their way into the nights setlist.  An interesting note: “The Prophet” was originally written by Doughty and the late Bradley Nowell of Sublime when he was still in high school!  Nowell would go on to sign the band while they were still in high school. 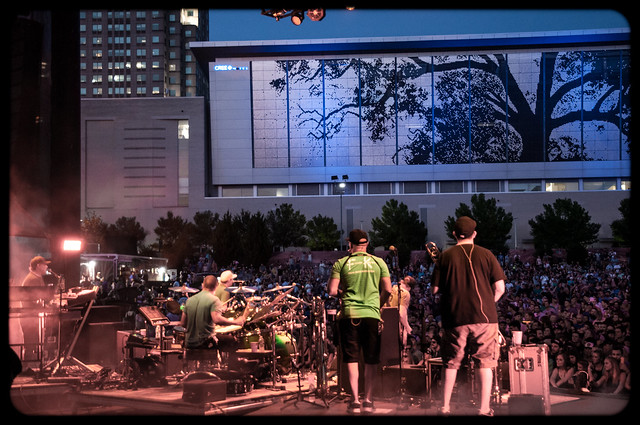 Crowd favorites “2AM” and “Closer to The Sun” provided two of the night’s main highlights. “2AM” featured guest J. Boog, who has been the tour opener performing his tune “Ganja Farmer” mid song. “Closer to the Sun,” the clear crowd favorite brought upon a snowstorm, so to speak, shooting confetti snow into the front of the crowd from the lighting trussing.  The extended version also featured solos from saxophonist Daniel “Dela” Delacruz.

Zamora made his way back onstage to take over bass duties for “Come Around” to end the main set.  Slightly Stoopid finished off the night with a 3-song encore, ending on the appropriately named “We Don’t Wanna Go.”

J. Boog and Iration braved the summer heat to kick things off.   The Sounds of Summer tour continues on – http://slightlystoopid.com/tour 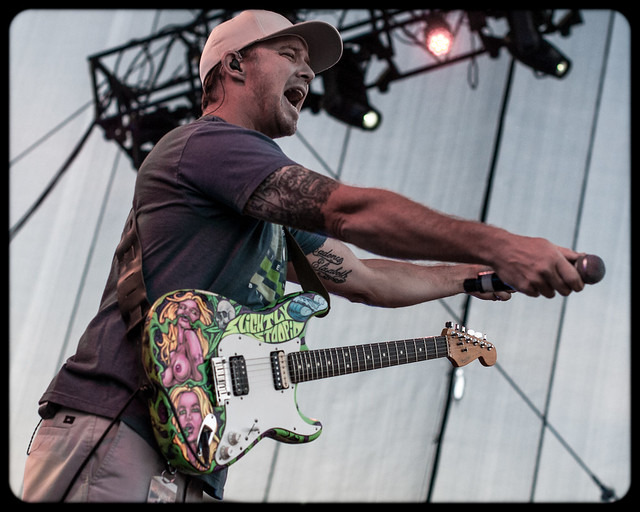 If You Want It

Till It Gets Wet

Up On A Plane

Running With A Gun

Closer To The Sun