Dispatch is a band. Have you heard of them? The band itself jokes that they have been called  “the biggest band nobody’s ever heard of.” Yet we can say with certainty that the city of Charlotte has most definitely heard of Dispatch and packed into the Charlotte Metro Credit Union Amphitheatre to see them. With a stop early on in their America, Location 12 tour and on the heels of an album release by the same name, the weather and the city of Charlotte came together for an awesome night of music with special guests Guster, and Jake Shimabukuro. 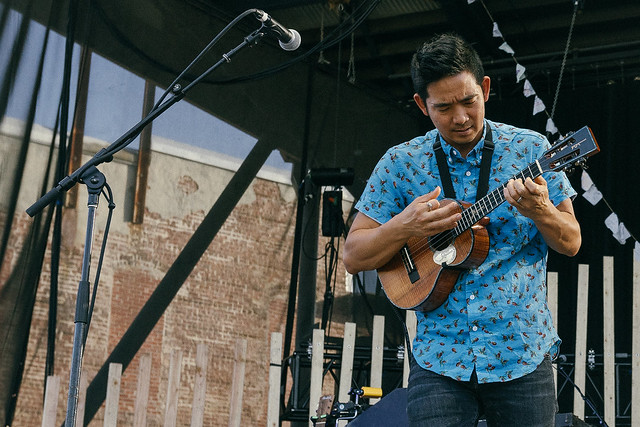 The night itself was a pleasant turn around from a drenched evening just a few nights ago at CMCU Amphitheatre and an overall hit or miss week of rainy weather. The weather really helped set the tone for a relaxed atmosphere and the good vibes were cemented early on with an opening set from Jake Shimabukuro. Jake absolutely shreds on the ukulele and showcases his talent through originals and brings new life to covers like “Bohemian Rhapsody.” Jake’s talent is only paralleled by his enthusiasm on stage and you can see it in his face and hear it in his music. 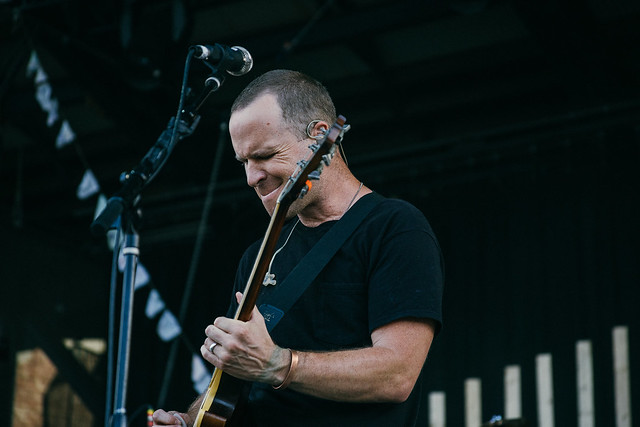 As with most opening acts the crowd was slowly building and once Guster made it to the stage CMCU amphitheatre had packed in from the seats to the lawn. With dusk just starting to set, Guster sustained the good vibe with their brand of laid back alternative rock. As a casual listener to the band, specifically in the late 90’s and early 2000’s, I was unsure what to expect from a Guster set and I can say I was pleasantly surprised. Guster’s sound vibe was what I expected but the energy from the band was stand out! The whole band exhibited an infectious cheer that let the crowd know they were happy to be there. 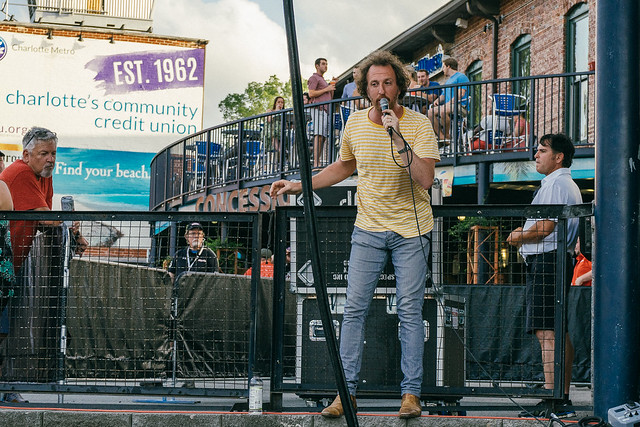 Once frontman Ryan Miller walked off the stage and up the barricaded wall of the amphitheatre singing, smiling for selfies, and drinking other people’s beer it was safe to say that they had completely won over the audience and continued to party on through their set. 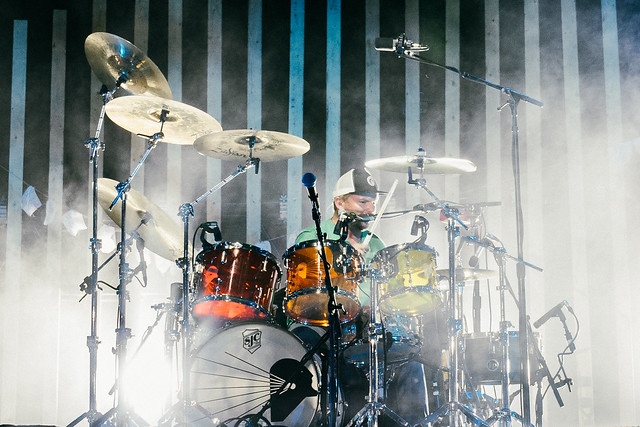 With the night settling in, Dispatch took no time getting right to the point as they jumped straight into what was to be an energetic jam driven set comprised of classics spanning their over 20 year career and new songs from their most recently released album America, Location 12. The audience seemed incredibly receptive across the board for the new music but it was very apparent through crowd reactions and sing-alongs that for many this show was about those classic songs which were near and dear to their hearts. 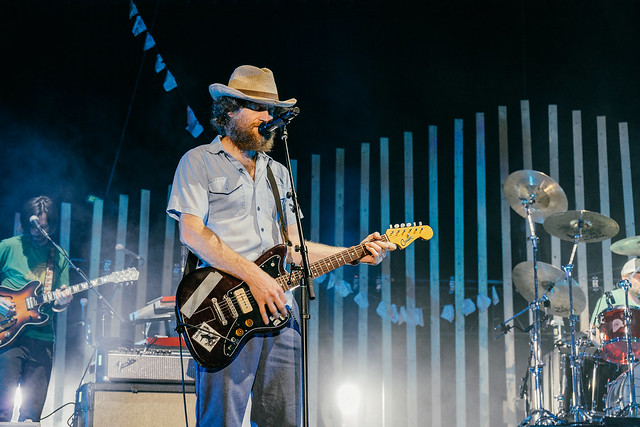 With the band calling it quits back in 2004 and then reforming for sporadic charity driven events through the late 2000’s, it was a welcome surprise for many to see them reform and begin making music again even if maybe not as frequently as some would like. You can imagine the excitement when it was announced earlier this year that the band would go on tour here in the U.S. That excitement was felt in Charlotte and it poured from the stage and crowd as Dispatch jammed the night away.

This night brought a solid lineup of positivity, fun, and loads of musical talent. The reason that the people in the “know” love Dispatch is on full display this tour and with solid support from Guster and openers like Jake Shimabukuro, fans will be left hoping that the next time they are able to see Dispatch perform will not be anywhere near as long away.

Only the Wild Ones

Circles Around the Sun

Bats in the Belfry 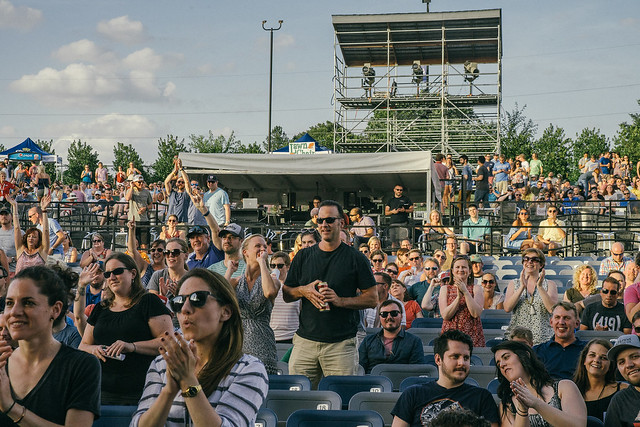 09 – Philadelphia, Pa. @ The Skyline Stage at The Mann Center for Performing Arts