Van Halen Lights Up the Sky with Thunderous Show

The sky was ominous with rain and the humidity thick with mugginess but the fans that came to see Van Halen were more concerned about which Van Halen classic the band was going to play as they hit Charlotte, NC PNC Pavilion. 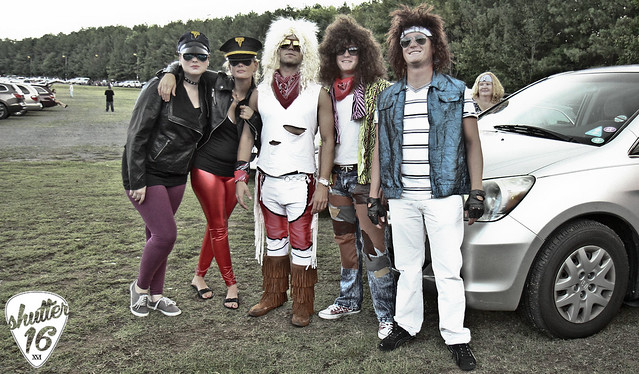 The band delivered a two-plus hour show, with hits ranging from the band’s first six albums.

Before the festivities got stated for Van Halen though, opener Kenny Wayne Shepherd and his band put on a dazzling display of blues-infused rock, playing their hits such as “Blue on Black” and “Deja Voodoo. 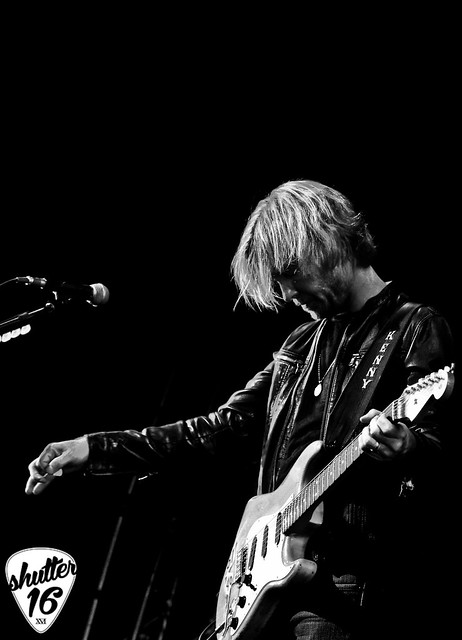 ” Speaking of “voodoo,” the band closed out with a roaring rendition of Jimi Hendrix’s seminal classic, “Voodoo Chile (Slight Return)” and left the stage primed for Van Halen to play to the masses. 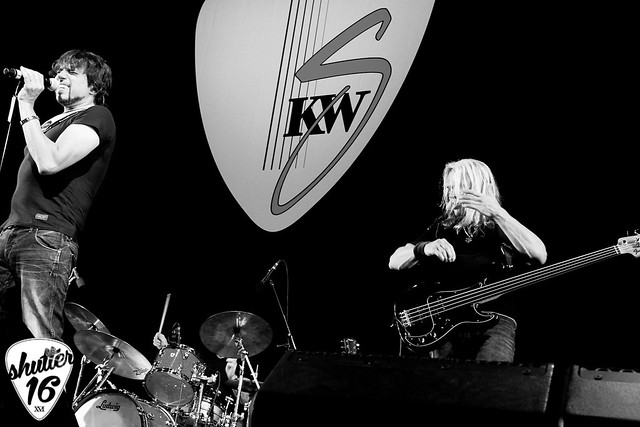 As the light faded from the overcast sky, Van Halen took to the stage with a thundering roar as they immediately jumped into “Light up the Sky” and nary a minute was wasted in between as Van Halen played close to over two hours. The band was in top-form as Alex and Wolfgang Van Halen were locked tight in unison as the rhythm section backed arguably the greatest guitar player of all time, Eddie Van Halen. 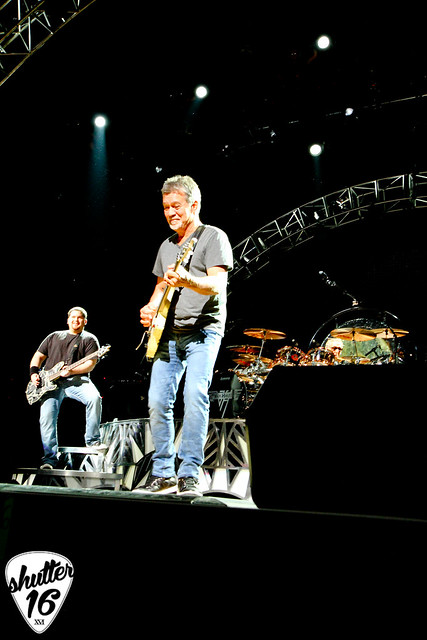 Fans that came to see his handiwork were no doubt presented it from a musician that seemed focused and dead set on playing his heart out. 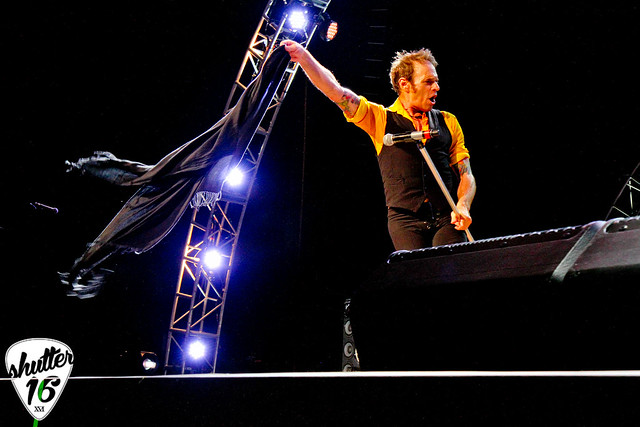 Of course, let’s not forget the front-man and consummate showman to this experience, David Lee Roth. To think that a. Van Halen would have reconciled with Roth for this amount of time (close to five years or so) and not had another fallout is amazing and b. his amount of energy and zest for bringing his “A” game was refreshing to see, as he gave it his all and didn’t coast for a second. 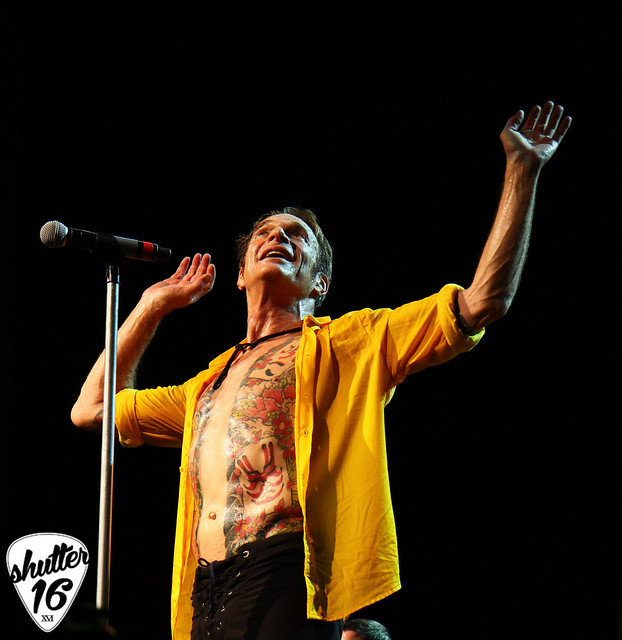 Ripping through highlights such as “Running with the Devil,” “Hot for Teacher,” and “Ain’t Talkin Bout Love,” kept most of the crowd into it all night long, as opposed to really being into it and standing and then sitting for the rest of the night (or at least until the encore) but the fans were truly energized and entertained as the band kept the music as high energy as they could. The crowd was just as loud at the end of the night as they were when Van Halen first took to the stage. 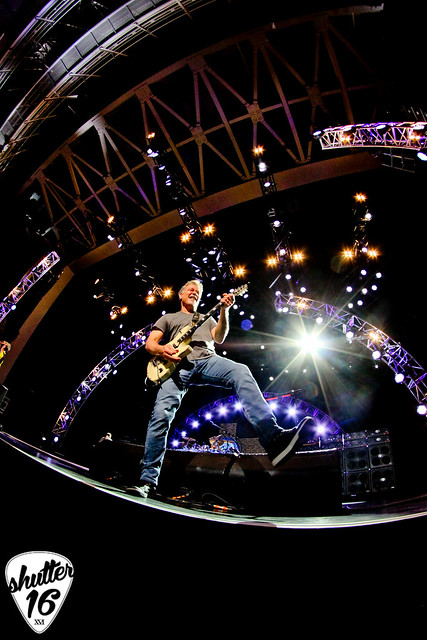 The only quiet break was during the introduction of “Ice Cream Man,” which saw Roth sit in a chair with an acoustic guitar and harmonica, and regaled a story of rock climbing in Gastonia some twenty-five summers ago, and seeing the fire fly’s out there, and his explanation about his climb there and fire fly’s to people in Japan, as he lived there for a few years. 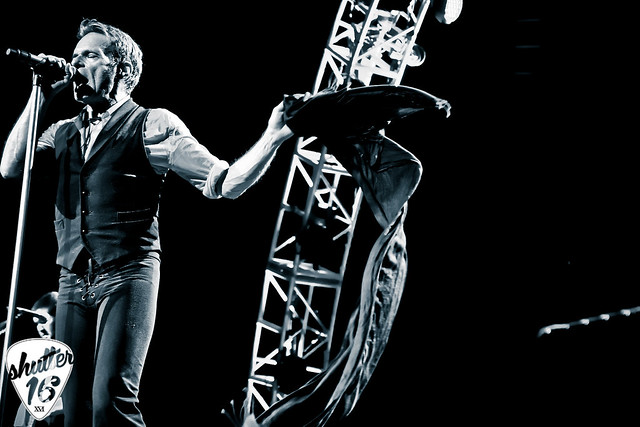 Roth had close to ten shirt/wardrobe changes, but was quick and to the point on making sure that fans were entertained, as he was giving out dance lessons on how to do the “mash potato” and stories of dating in high school back in California during “Dance the Night Away.”  If there was one thing that was lacking, that was Roth’s voice being quite off in most cases during songs, but you don’t go see Van Halen to see the front man because he can sing, it’s because he’s the best entertainer there is and David Lee Roth is the tops in that category. 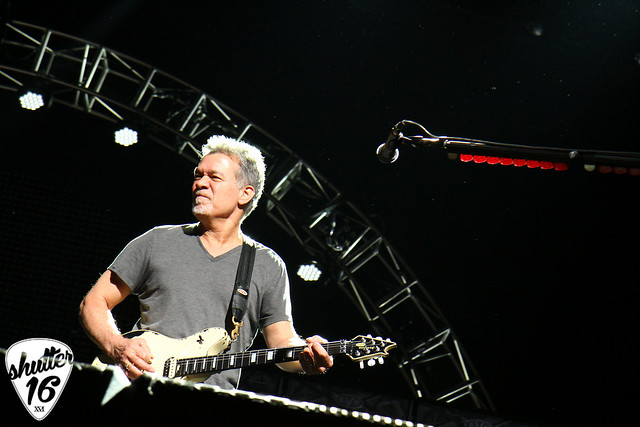 As for the reason that most fans do go to see the band, guitarist Eddie Van Halen, he was just in top form. He tore from song after song, with some guitar heroics and acrobats in songs such as “Somebody Get Me a Doctor” and “Panama.” Let’s not forget the near ten minute guitar solo. 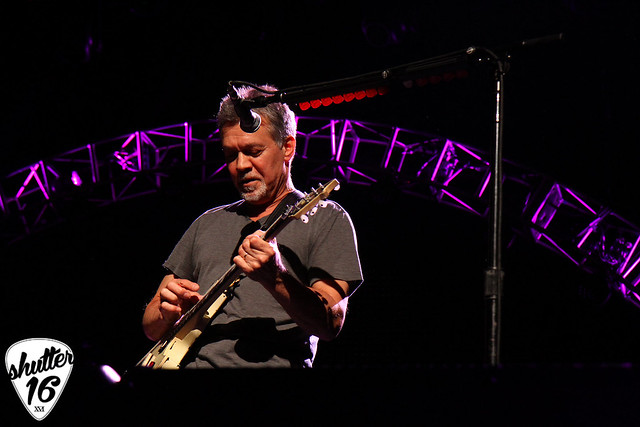 An extended version of his legendary “Eruption” solo, Eddie left no stone unturned as he ripped through various interpretations of “Secrets” and “Mean Street,” showing his untouchable prowess when it comes to guitar playing. 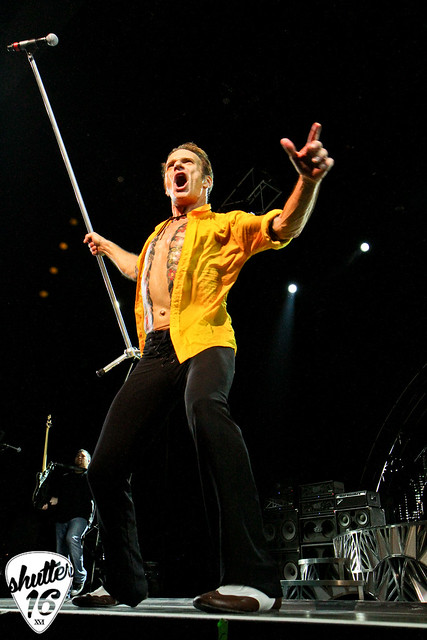 As the band closed with “Jump,” and the rain began to pour down, not one fan was sitting and just as energized at the closing moments of “Jump” as they were at the opening notes of “Light Up the Sky,” which started the show. 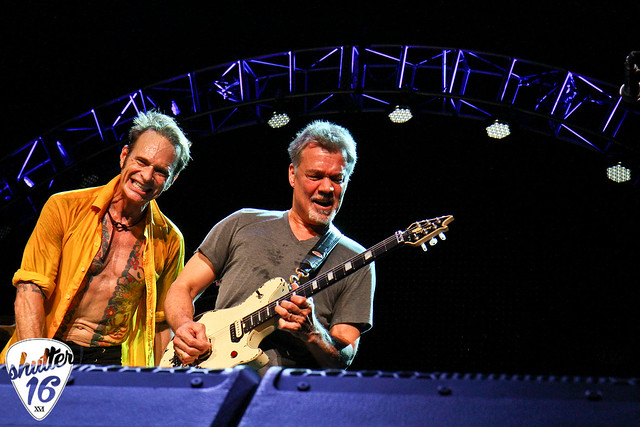 Van Halen showed they were still a band to be reckoned with live, and put on an amazing performance for a band that has been touring and playing some of the best rock and roll ever created for nearly forty years.

A true highlight for any fan that was in attendance. 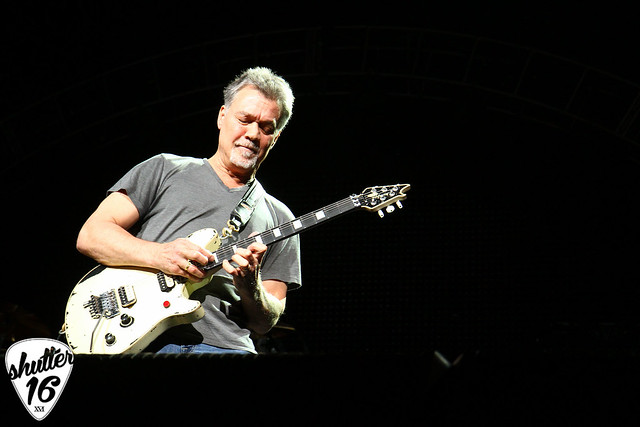 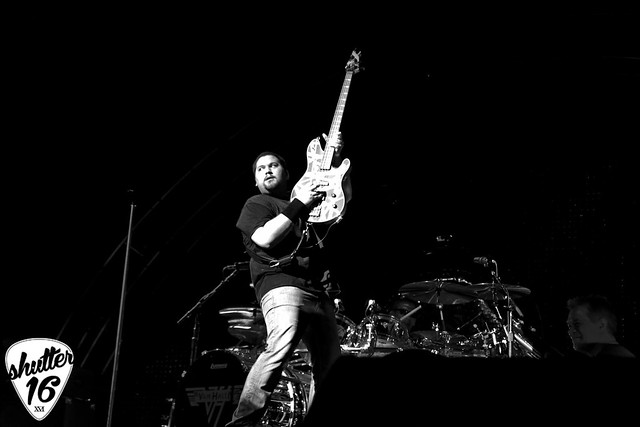 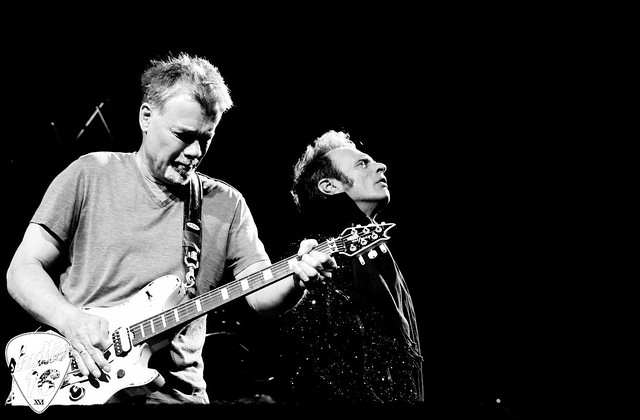 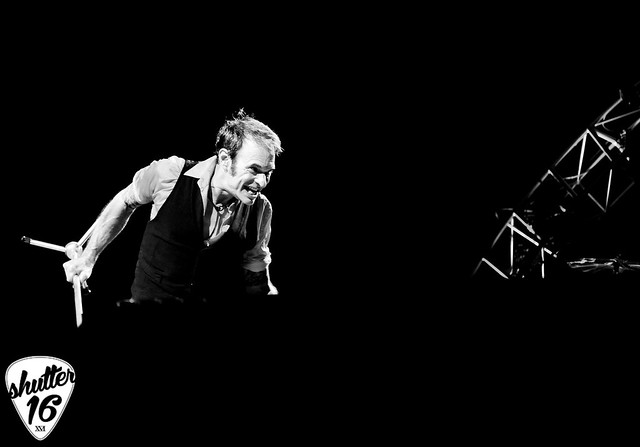 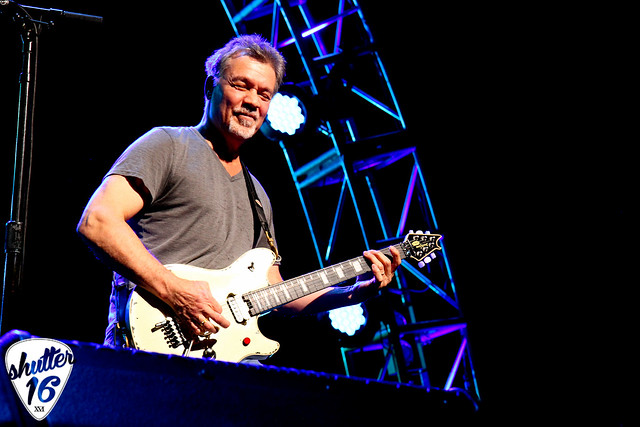 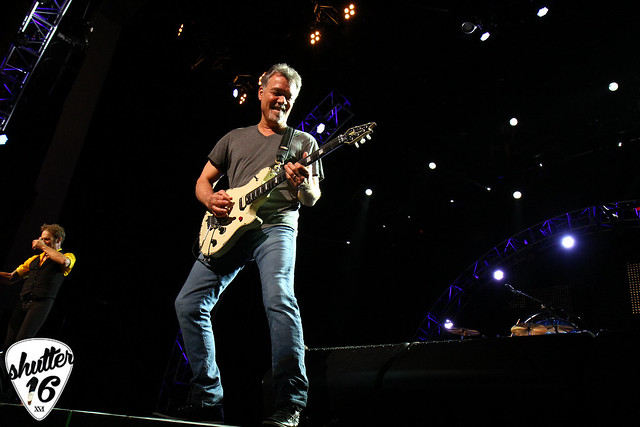 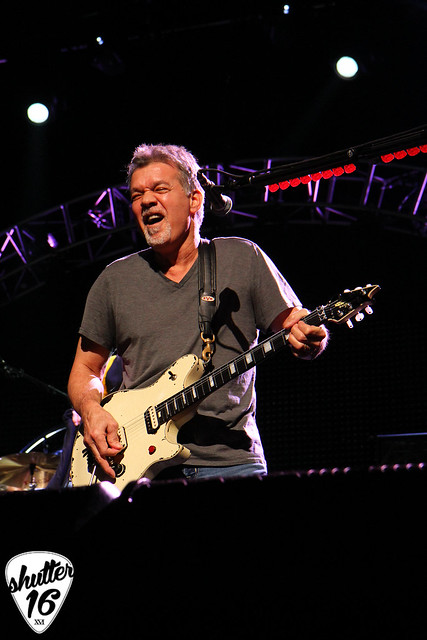 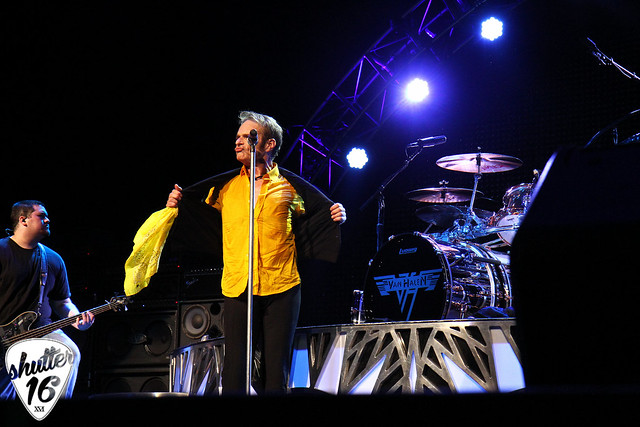 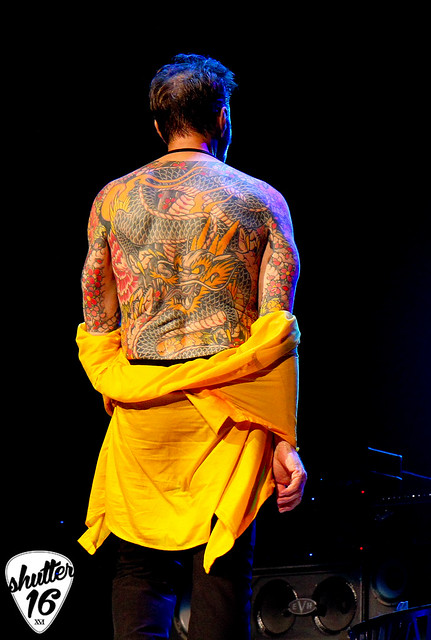 If they are even in the same state as you (dates below), go see them. 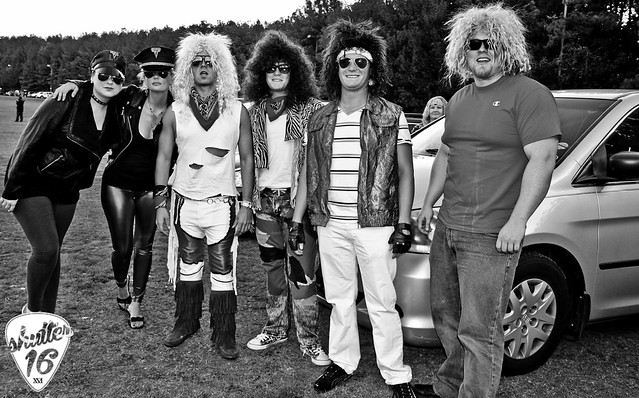 THIS WEEK
NEXT WEEK
LATER THIS MONTH
NEXT MONTH